Let's talk about your legal issue: I can call you!

Learn About Stages of a Civil Lawsuit

Stages of a Personal Injury Case

Accident and injury lawsuits can take many forms, but the basic stages of a lawsuit case usually remain constant. In this section, you can also find articles explaining what to expect when meeting with an attorney, what initial court filings are involved, what happens in a civil trial, and how to collect on a judgment.

In every lawsuit there is a phase before the trial called the “discovery” phase. Discovery is the process that allows each side to obtain relevant facts from the opposing side. This process reduces the possibility of surprises during trial and allows each side to prepare fully for the case. The basic methods of the discovery process include written discovery, document production, and depositions.

Document production is just as it sounds – each side asks the other side to produce documents that are relevant to the case. The documents requested will vary depending on the type of case, but can include anything from business records to medical records. With the advancement of technology, courts have also increasingly allowed computer files as a part of document discovery.

Depositions are another useful discovery tool. In a deposition, a person (who is under oath) answers an attorney’s questions and a court reporter makes a transcript of everything said during the deposition. There are several reasons to depose someone and each attorney has his or her own strategy for depositions. The common reasons for depositions are to lock a person into his or her story, see what the other side has to say, and to see how a witness will appear and conduct him or herself in a trial.

In a trial, a jury or judge examines the evidence to decide whether the defendant should be held legally responsible for the injuries suffered by the plaintiff. The trial provides the plaintiff the opportunity to present his or her case in the hopes of obtaining a judgment against the defendant. The trial also gives the defendant a chance to refute the plaintiff’s case. A full civil lawsuit trial consists of the following phases:

It’s important to note that a majority of civil disputes are resolved before trial through informal settlement negotiations, alternative dispute resolution, or dismissal of the case.

If you’ve been injured and you believe that someone else is responsible for your injuries, you might want to contact a local personal injury attorney to discuss your legal options. In order to make sure you don’t exceed the time limit for filing a civil lawsuit, it’s important to contact an attorney soon after being injured. 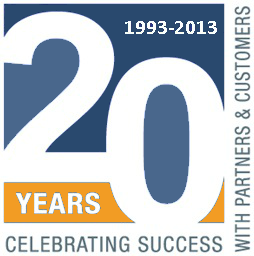